A lot of Armenians told me that I should go to the Devil’s Bridge. It is a wonder, situated way down at the river of Vorotan gorge under the Monastery of Tatev. Slowly during thousands of years, the waters did sculpt a master piece through the volcanic stones leaving to the rocks some green, yellow and red colors. From my B&B, I had to walk 700 meters down to reach this so called « Satani Gamurdj ». Yesterday, when I was in the teleferic, I could see from above a beautiful green complex which did catch my attention. Obviously, I was decided to go also there and see this place. It seemed to me that those 2 places were neighbors. So my plan seemed to be perfect. Once I arrived at the river, someone did come towards me. It was a young handsome man wanting to show me the Devils Bridge. I decided to go along because I realize this guy was from the region and all Armenians do know exactly every stones of there country. At least it is what they say, and I believe them!

This trip was an Odyssey I tell you! I had my camera and all the equipment that goes with it including this time the tripod. I had my iPhone, all things that simply hate water!! The walk down to the devil started smoothly, I could take some pictures without fearing for my life or for the life of my camera. But deeper we went higher were my pants and also my adrenaline! I had to cross huge currents of the river.It doesn’t look like it, but the water is tremendously strong. I almost did fall but fortunately he saved me by taking my hand. After that he said that I should take off my boots and put up my trousers. I followed the order, and walked behind him leaving my boots and sucks to Mother Nature. Inside the cave was simply amazing. We were walking under formations of stalactites and some natural baths formed by hot waters. I was already happy to see all that, but then comes the sentence, it is even more incredible further back. So we went deeper in the cave and for me in the water! So deep that I became totally wet, starting from my shoulders to my feet!! No… the camera was safe! I have left all my equipment where the baths where on my tripod!

Remember I was telling you the problem of plastic every where, well here was broken glass everywhere! And what had to happen, unfortunately happened!! I did cut my foot. A medium piece of glass was stuck under my skin. And it is so that I did leave some blood to the devil!! I’m trying to convince myself that it’s good luck! 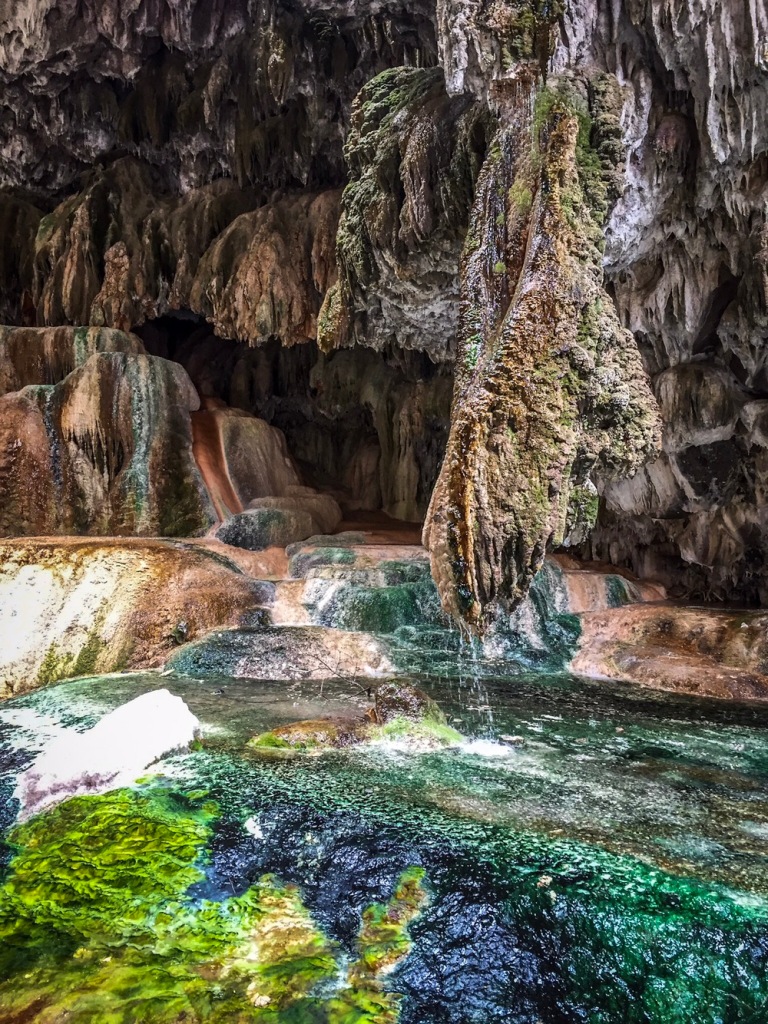 When we came back where I left my camera was, I was so cold that he said to me I should take a bath in those warm waters. So I took my feet bath, and to another place he took a warm shower given from nature. Both of us did put back our wett cloths and we started our march towards this green complex that I have seen from above.

It was definitely a trekking path that could compete the most difficult path in Switzerland! Once we arrive there, I could see from far a man with a big beard coming towards me and saying that he’s the monk of this Monastery. He must’ve seen that I was totally wett, and I did ask carefully how he could help me. My answer was simple, just to let me go around and see the church that was on the corner. 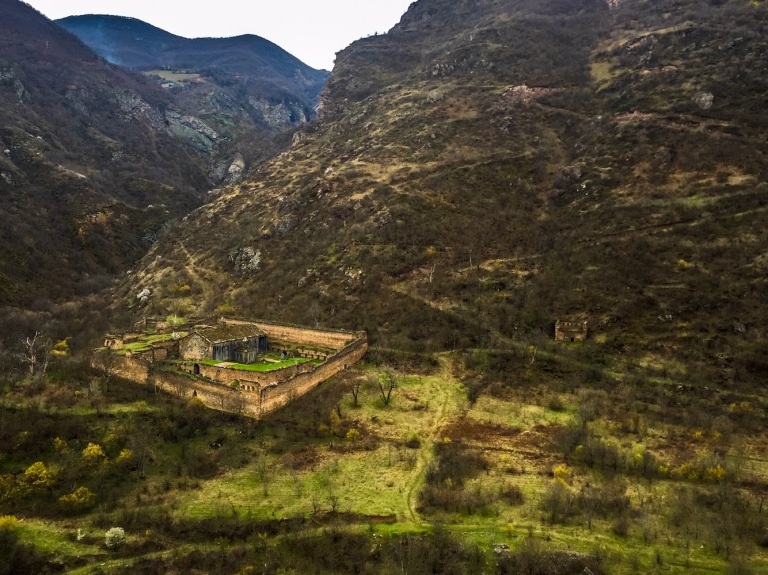 I was somehow freezing and I had to go back to my B&B. The young man decided to follow me and to join me until I arrive safely. We finally decided to exchange our names that is after having taken a bath almost together! I must say he was really prude, and was always careful that I feel at ease.

In the evening I was invited to see and learn how to do vodka from the fruits of the garden. So once more I had the chance to see how Armenians are able to live with their own home products. But most importantly, I did learn how to make a soup that was even better than mine grandmothers ! On top of that it is easy but I think it takes time. First, one has to take the water from the yogurt for few days, it becomes more thick and has a different taste. Once that’s done, a few spoons of this yogurt mixed with a lot of water, letting that slowly cook but not boiling. Meanwhile in a lot of butter, roasting some onions with thym until the onions are red. Then we mixed all of that and we eat it with the famous Armenian bread lavasch!! 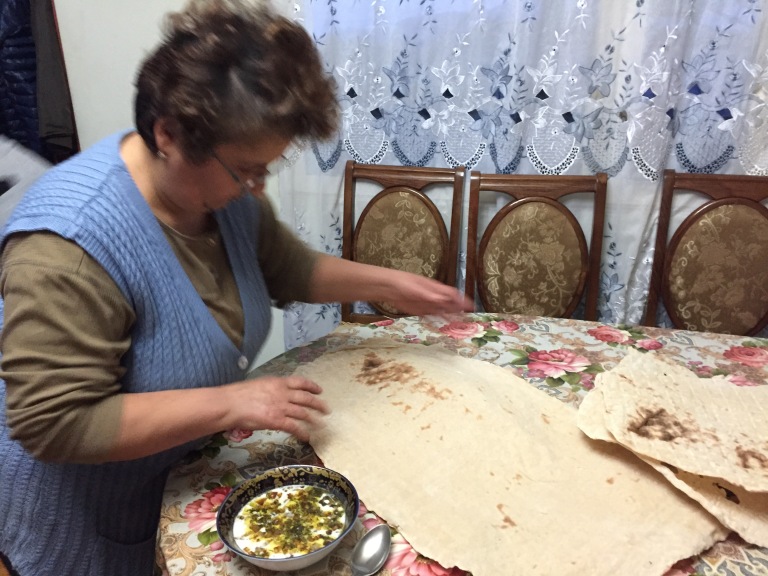 Une réflexion sur “My blood to the devil’s bridge”